Anyone who has received somber news may very well turn to the natural world for comfort. This is what Rachel Carson did throughout her life as well as in 1951, when she wrote: 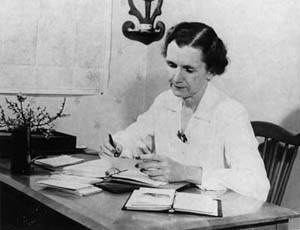 “In these troubled times it is a wholesome and necessary thing for us to turn again to the earth and in the contemplation of her beauties to know the sense of wonder and humility. There is modern truth to the ancient wisdom of the psalmist: `I will lift up mine eyes unto the hills, from whence cometh my help.’” (from Carson’s original submission to “Words to Live By” for This Week Magazine —obtained from Beinecke Library at Yale U.)

In 1951 Rachel Carson reported that many people told her how they found in nature “release from tension and calmness to face a world in turmoil.” (“Words to Live By”) In 2016 while we may look to nature for comfort, the wild animals of our hills, forests, rivers and seas look to us to help prevent their extinction.

Urgent reports coming from various environmental sources predict grave dangers to ecosystems and to biodiversity if we fail to reverse the detrimental impacts of humans on our planet and our fellow creatures. 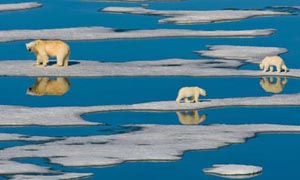 Preserving the planet’s biodiversity is a critical step in keeping the clean air and water, food and materials, as well as beauty and happiness that humans depend on from nature. “The number of wild animals living on Earth is set to fall by two-thirds by 2020” according to a recent WWF Report finding that globally “the destruction of wild habitats, hunting and pollution were to blame.” (Carrington, D., “Habitat loss, hunting, and pollution causing animal mass extinction,”/The Guardian Weekly/, 11-4-16)

Two prominent ecologists, E.O. Wilson and Doug Tallamy have expressed serious concerns about the future of life on earth, and urge widespread action to preserve biodiversity on a planetary scale and on a neighborhood one as well.

E.O. Wilson in his book, Half-Earth:Our Planet’s Fight for Life (2016) has predicted “Half of the species described today will be gone by the end of the century, unless we take drastic action,” on a global scale. He calls for protecting half of the earth’s surface by creating safe zones for species now under threat.These wild species need safe zones to preserve biodiversity not only for the sake of ensuring their own survival but also so that they are able to produce the essential services on which so many other species including humans depend. (Friedman, T., “We Are All Noah Now”, NYT, 9-7-16) 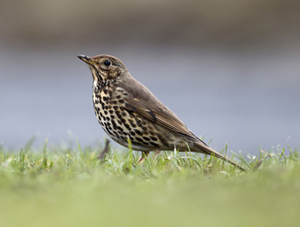 Wilson has observed that plants, animals and microbes existing in their ecosystems sustain the foundations of life on earth. If we do not take action to halt the species loss now underway, Wilson forecasts, “the world as we know it will unravel.” (Wilson as quoted in Friedman, T., “We Are All Noah Now,” NYT, 9-7-16)

Right now, “close to 15 percent of the earth’s land and 10 percent of its territorial waters are covered by national parks or protected areas.”(Friedman, NYT, 9-7-16). Again, as the title of his book suggests Wilson is calling for protecting from human interference half of the land and half of the water on our planet.

Noted ecologist and author, Doug Tallamy is concerned about the ongoing loss of wild bird populations taking place in our own country due to degraded habitats and other human related factors. He has proposed action to reverse this trend at the local community level. He recommends that home owners grow native trees, shrubs and other plants that will supply the insects (especially caterpillars) that parent birds need to feed their babies in order for the young to thrive. Tallamy recommends that 50% of the residential land in the US now in grass be replanted with native species to provide suitable habitat for birds, bees and beneficial insects. By providing native plant backyard sanctuaries for song birds, home owners can also contribute to the creation of safe corridors for migrants 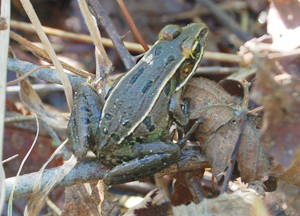 Note: When Rachel Carson built her house in Maryland, she kept a large part of the property wild “for the birds and frogs.” Given her commitment to protecting wild habitats and to preservation of human society, Rachel Carson would no doubt support the recommendations proposed by Wilson and Tallamy.